What is the average survey response rate?

The long answer is a bit more nuanced though.

Since there is no agreed-upon minimum acceptable response rate, it will largely depend on how you go about creating, distributing, and collecting your survey.

Nevertheless, over the years a lot of studies have been done on what the average response rate of a survey should be and which parameters have an influence on it. We’ve combined all this information into one infographic containing the most recent data.

But before we dive into the numbers, it’s important to have a clear understanding of what exactly the response rate is.

What is a response rate?

How do you calculate the response rate?

Seems pretty straightforward, doesn’t it? So, why is the response rate so important?

Importance of response rate in surveys

A low response rate can give rise to sampling bias if the nonresponse is unequal among the participants regarding the outcome.

If you select a sample of 1000 managers in a field and ask them about their workload, the managers with a high workload may not answer the survey because they do not have enough time to answer it, and/or those with a low workload may decline to respond out of fear that their supervisors or colleagues will perceive them as surplus employees.

Therefore, non-response bias may make the measured value for the workload too low, too high, or, if they balance each other out, “right for the wrong reasons.”

Now we’ve got that out of the way, it’s time to move on to the main course of this article.

In this infographic, you can find the average survey response rates for the most used survey methods based on the most recent data.

The most effective survey method is still the in-person survey with 57%. In-person surveys can be held at the moment when the survey is most relevant and allows for the most personalized experience.

The mail survey comes second with 50%. As people are living in an increasing digitalized world, receiving an invitation via real post gives a more premium experience. The downside of this survey method is the higher price.

Third on the list is the email survey, with an average response rate of 30%. People are receiving more spam emails every day and, unfortunately, spam filters are extremely hard on the word survey.

Another trick is to add your survey to a confirmation or after service/purchase email, this guarantees your survey is sent out at a relevant timing.

Next, we have the web or online survey. As mentioned earlier it is often hard to get an accurate view on the survey invitations needed to accurately calculate the survey response rate.

Finally, there’s the in-app survey. This is a rather new survey method and there’s not a lot of data published on this topic. Similar to the online survey it is proven difficult to get an accurate definition of who is invited to the survey and who is not.

When we accumulate all this data into one number, we find an average survey response rate of 33%.

There are 5 main parameters that impact your questionnaire response rate:

Before you make up any kind of survey, you have to know what you want to achieve. It’s very important to have a clear goal in mind. Once you have this figured it will be a lot easier to convince people to take your survey.

Opening with “Can I ask you a few quick questions?” is too vague and will decrease your survey response rate with 11% percent compared to a specific survey introduction “In order to improve our customer service, we would like to ask you 5 quick questions”

The survey has to look appealing and should ideally attract the attention of your target audience, both in style as in language. You need to make sure everything is clear, easy to read and to fill in. Most survey makers on the market provide ready-to-use survey templates, so you don’t have to start from scratch when it comes to designing the survey and crafting the questions.

For online surveys, it’s important to make your survey responsive and you should limit the number of clicks needed to complete the survey.

Try to personalize the survey as well. Dirk Heerwegh’s 2005 study into personalized invites for online surveys (e.g. ‘Dear John’ as opposed to ‘Dear Customer’) concluded that personalized survey invites increased response rates by 7.8%. In addition, respondents that received these invites were 2.6% less likely to drop off before completing all survey questions.

I’ve already mentioned the importance of language: Try to get into the mindset of your customer and make questions based on that. Or follow our tips to sound more human in your survey. Make sure you use a variety of question types such as multiple choice, rating, Likert scale, etc. Each question type has its strengths.

People get distracted very fast, so you should only ask questions you NEED to know.

Tell your respondents how long it will take to complete the survey before they start. And make sure you don’t exceed that timeframe.

A common mistake is sending the same survey to different audiences and expecting the same response rate.

People don’t like to do stuff for free anymore. They need some motivation or incentive to get them going. Studies have shown that having an incentive can increase your response with 10 to 15% depending on the quality and attractiveness of the incentive to your target audience.

The consensus amongst many research experts is that ‘useful, relevant information’ is the most effective form of incentive to business audiences. For example, the information they provide you will help you improve certain aspects of your products or services – in turn resulting in a better experience for your customers.

This is called an intrinsic reward.

It’s better to focus on informing respondents about the intrinsic rewards of completing a survey as respondents will understand that it’s in their best interest to answer the survey questions as honestly and completely as possible.

You might also decide to offer extrinsic rewards, such as coupons, discounts, and other deals, to customers who take the time to respond to your survey. Coupon promotion is a time-tested strategy when it comes to getting survey results. Needless to say, this might make some customers more likely to complete the survey, the downside to providing extrinsic rewards is that some individuals might complete the survey just to receive their reward.

Those who approach the survey with this mindset may or may not actually take the process seriously, meaning you might end up with a bunch of invalid or otherwise unusable responses.

You can avoid such instances by providing an incentive that, while extrinsic in nature, isn’t of any extreme value.

The results: Within 7 days after sending the invite, response rates were:

This proves that people prefer to complete a survey when they are certain they’ll receive something instead of the slim chance of winning a big prize.

For in-person or phone surveys it is pretty straightforward to define who is invited to take the survey: How many people did you ask or call to participate?

For email surveys, it gets a bit trickier.

Do you count all the emails you sent out? With or without bounced emails? Or do you count only those who opened the email? Depending on which one you take you can significantly inflate your response rate.

When you use a web survey, it gets even harder.

It is difficult to define the number of invitations for an embedded survey on a webpage since a web visitor is only presented the survey, but technically not invited. Counting everyone who visited this page as invited can lead to very low response rates.

So what can you do in this case?

You could calculate the survey completion rate instead of the survey response rate.

What is survey completion rate?

How do you calculate the completion rate?

Especially for web or online survey, this is a better indicator of your survey’s performance as it can be easily measured.

These response rate numbers will give you an indication whether or not your survey is performing out of the ordinary. But the averages within your country or industry can still vary greatly.

The best benchmark you can have is yourself. Use the data and response rates from previous surveys as an indication of whether any adjustments or improvements should be made. 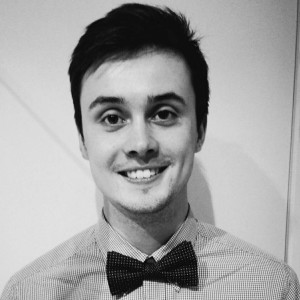 Don't settle for average! Use a survey tool that gets your questions answered!

Why over 10.000 users choose Survey Anyplace: