To deliver financial advice at scale, they called in the help of Survey Anyplace to digitalize financial virtues assessments. Atlas Point uses the Assessment Center as a central platform where financial advisors can use assessments that generate tailored results and reports to facilitate client conversations.

Today, we speak with Kenny Mobley from Atlas Point about the innovative way in which they use our tool.

Who is Kenny Mobley and what’s his role at Atlas Point?

Kenny is the co-founder and COO of Atlas Point. His primary responsibilities are operations, project management, and technological equipment.

Kenny led and delivered projects for some of the world’s largest wealth management firms while playing a key role in establishing new markets and accounts. The diverse experiences he gained as a consultant provided a unique perspective on the challenges financial advisors deal with on a regular basis. Kenny: “Our primary goal is to help financial advisors and individual investors have better financial conversations. We believe that when financial advisors, or FA’s, as we refer to them, and individual investors have better qualitative conversations, it results in longer-term relationships and ultimately in better portfolio performance.

We help them using a combination of integrating character science and behavioral finance so that FA’s can help clients address their unspoken fears and emotional biases into their financial plans and create results that are best for them and tailored to the unique individual.”

Why were you looking for an assessment software solution for your business?

We started thinking about ways to scale the tailored experience that financial advisors could deliver to their clients.

Kenny: “As part of our business-we’re former consultants by training and trade-we were doing individual coaching and consulting on a one-off basis. As we continued to do this, and as we started and continued to evolve our business, we were hearing the same challenges from financial advisors.

This is really great, but hard to apply at scale: I get this one-off advice and this is tailored to a particular client, I’ve described everything, but it’s hard to apply this at scale in my practice.

A lot of FA’s have anywhere between 50 and 200 clients, and we started thinking about ways to scale that tailored experience that FA’s could deliver to their clients.

And where we landed was at a survey or an assessment type tool that would generate tailored results and reports that the advisors could then use to facilitate better conversations with each individual client.

So, the idea was to create a survey that clients can take. The advisors could then use the results to help them prepare for consulting conversations with their clients.”

How did Survey Anyplace contribute to that objective?

Kenny: “The biggest thing that Survey Anyplace helped with, along with all the other functionalities, is the report generator, ReportR. The same results generate two different reports, but each report is also tailored based on the response that each individual gives to the tool.

So the ReportR function was absolutely critical. It generates a unique report every time, based on the responses, for each person.

And then the Assessment Center allows the FA to do self-service for sending out the invitations to their own clients, so that they retain that information, which was a key-point: that FA’s that are using the tool, can still retain “ownership” of their contacts, there’s no third party involved in the middle to send out the surveys.

The FA’s do that themselves and retrieve the results themselves as well. But there’s a whole set of other functions that the tool checks as well as we started diving into what would be required to actually deliver this function to the market.”

The Assessment Center reflects a relatively new business model: People sell advisory, not by billing it per hour or per day, but by actually automating it in an assessment, and then selling the assessments instead, which is much more scalable than billing by the hour.

Can you tell us something about the actual results you have achieved by using the tool?

The UX that Survey Anyplace has delivered for our end-users is absolutely seamless.

Kenny: “We’re still very early on, I won’t say that the quantitative results are fantastic, but to me, one of the most important qualitative results is the feedback that we’re nót getting.

I’ll explain a little bit: whenever we provide the survey to someone, or a financial advisor takes it, (FA’s and individual investors are a very particular target market) we don’t receive any feedback at all about the user experience (UX) as people are going through the tool.

All they say is: “You might want to change this word or that word, help me understand the model behind this, …” But the UX that Survey Anyplace has delivered for our end-users is absolutely seamless. From taking the survey, the way the reports are automatically emailed and generated, to the ability to get into and quickly set up new clients in the assessment center, … We don’t have any questions about that process or what it feels like to the end-user.

To me, that is a huge win when you’re thinking about all the intricacies involved in tailoring a unique report to the masses.”

Where did you get your inspiration? Did you see any colleagues or competitors work like this?

Kenny: “The place we used for inspiration-it’s not a great analogy-but if you look at personality assessments, like the Myers-Briggs assessment, or other tools that are used for career coaching or professional coaching, that’s kind of the model they use, right?

But the problem in our industry is that those results are tailored for FA’s to actually deliver advice. It’s more about how the FA’s interact in their own practice. Which is not very useful to help them grow their business.

So these types of assessments, and the model they use, have the most similarities, but behavioral finance has not been integrated into financial planning at all.

It’s all theory right now: How do you apply it at a mass scale for each individual? How do you identify biases and adjust financial plans accordingly?

We help with the first part around identifying the biases at scale, but the solution had to be tailored for wealth management. It couldn’t just be a generic coaching tool, it had to be specific for the industry.”

Do you have tips for consultants or coaches who want to automate their services via automated assessments and reporting?

It wasn’t just about delivering the survey and the reports. It was about what the entire solution was going to need to then take it to market.

Kenny: “What I did early on before I found you guys, was to list out what my technology needed to be if I was going to do this. I’m in St. Louis, but our product can scale nationally. It doesn’t need to be localized to fit one particular market, so we would deliver it online.

And then I started thinking: “What are the different components that I would need?” I would need:

There’s also the underline technology platform. We’re not a technology firm and I don’t want to take on the burden of managing servers and security. So I sketched out all the different components of what we would need and started looking at what different tools were out there to serve those different needs.

I realized that there are a lot of tools that do a great job at doing one particular aspect. There are tools that handle e.g. membership sites. And it works relatively easily. But it has nothing to do with the eCommerce or survey development component.

And I think that that’s the thing, when I found the tool, I was looking at the broad technology: It wasn’t just about delivering the survey and the reports. It was about what the entire solution was going to need to then take it to market.

I would say we were able to get up and running extremely fast given the different components of what I just laid out. I mean, I think I contacted you guys less than four months ago, and we already have a commercialized product.”

Do you have any feedback for improvement of our product and service?

Kenny: “I think the quality of the service you give is amazing. I sent over a PowerPoint version of what I wanted our reports to look like, and you guys turned it into magic and got it functioning in the tool.

I had a gnarly problem working in my head around how to deliver our biases. I wanted the top three biases to be shown in the report, and I was just trying to figure it out, and you guys made suggestions and thought along with us, which took our reports to the next level. So the quality of the service has been great.” 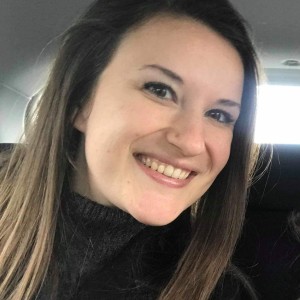 Assessments and Personalized Reports with