What Is a Good NPS Score?

‘What exactly is this NPS everyone is talking about?’ you might be asking yourself right now. Well you’re not the only one out there, but that’s why I decided to write this article for you guys. In this blog I’ll be discussing what NPS is and where it came from, how to calculate it, what a good score is, the advantages and disadvantages, alternative applications, and how to improve your score.

What Is a Net Promoter Score (NPS) and Where Does It Come From?

NPS℠ stands for ‘Net Promoter Score’. The Net Promoter Score is an index ranging from -100 to +100 that measures the willingness of customers to recommend a company’s products or services to others.

This is a simple but powerful management tool which revolves around one single question: ‘How likely are you to recommend our company to a friend or colleague?’.

The Net Promoter Score was developed in 2003 by management consultant Fred Reichheld from Bain & Company and Satmetrix with the purpose of creating an easy to interpret and unambiguous customer satisfaction score. The initial purpose of the tool is to determine customer loyalty. But studies have shown that there is also a correlation between revenue growth and NPS. Managers are more likely to implement the tool because of this correlation than doing so for the customer loyalty aspect.

How To Calculate NPS

“When measuring your NPS ask for feedback as soon as possible, not months or weeks later but hours or at least the day after. Promise that it is a very short survey, under a minute is optimal. This way the customer is much more likely to take it.”    – Shep Hyken, customer service expert, author, speaker and founder of thecustomerfocus.com and hyken.com

To calculate this score for your own business or other purposes, simply make a short survey and distribute it to your target audience. Survey Anyplace is a great place to do this. And not only does our tool have an NPS template you can use to easily create the survey, it also immediately does the calculations for you and provides you the results.

The typical NPS question would look something like this:

What Is a Good NPS Score?

A good NPS score is much more than just a mere number. It’s a way to measure up against your competitors, an indicator of your current success, and it’s a way to gain insight into what your business can do better and where your business is headed.

The importance of the Net Promoter Score is that it gives you insights into your customer loyalty spectrum. As you move up the scoring scale, from 0 to 10, customers will churn at lower rates, will spend more and will gradually promote and speak more fondly of your business.

“There does not exist an exact number for a good NPS, because it varies from industry to industry and from business to business. Generally, any score above 0 can be considered “good”. A score below 0 is a serious indicator that the company needs to take measures to improve its customer satisfaction level.” – Grigore Raileanu, Founder and CEO of Retently

So, the short answer would be: ‘a positive score is a good NPS score’. This means your company is generating a lot of positive word-of-mouth from their referrals. But the interpretation of a good NPS score is largely dependent on which industry benchmark it goes up against.

“While I’ve stated many times that your score, by itself, is largely meaningless, I do recognize that people enjoy using it to measure their overall progress and to compare their performance in a competitive landscape.” – Chad Keck, CEO and cofounder of Promoter.io

Here are the scores from 5 brands I’m sure you’ve heard of that I found on  NPS benchmarks.

As you can see above, NPS scores of almost 100 are not entirely impossible. Although NPS is no doubt a powerful metric. It is definitely not a guaranteed measure for success and experts are well aware of this.

“I love NPS but I love one number even better, and that is: “how often does the customer come back?”. Behavior is repeat business, intent is recommendation. NPS is great but still only measures a feeling and not an action.” – Shep Hyken, customer service expert, author, speaker, founder of thecustomerfocus.com and hyken.com

“NPS shouldn’t be the be all-end all answer because a good NPS may be a false positive – for example, even though someone may answer the NPS question with a 9 or 10, does that mean they actually recommend? That’s why asking the follow-up question is important. And, why backing up NPS ratings with other metrics is necessary.” – Sue Duris, Founder/Director of Marketing and Customer Experience of M4 Communications, Inc.

Advantages of the NPS

Two great advantages of the NPS are that it is easy to understand and to calculate. Those are clearly important attributes when considering the communication of customer loyalty both within the organization and externally. Making the data easily available to all stakeholders.

But perhaps the greatest advantage of NPS is that there is often a high correlation between an NPS score and revenue growth.

Here’s how that works: Customer loyalty was claimed to be the single best predictor of future revenue growth. Loyal customers mean repeat business and recurring revenue streams. An old study from Bain & Company says a 5% increase in customer retention can be followed by a staggering 25% to 85% increase in revenue. Industry leaders live up to this theory, the same can not be said for most businesses however.

For some time, this has been the reason the NPS has been looked upon as the ‘Holy grail’ of customer satisfaction measurement. One simple question holding all the answers.

But nothing is THAT easy, right?  In the next segment, I will go into more detail about the disadvantages of the NPS.

Disadvantages of the NPS

Motivation behind the score

The single biggest disadvantage of the NPS is its lack of determining what the motivation is behind a respondent’s score.

The results of the Net Promoter Score are meaningless unless you know where they really come from. Even if you someone gives you a 9, you want to know why they didn’t give you a 10, right? Or if they gave you a 1 or a 2, what went so horribly wrong in your customer’s eyes?

But even determining the motive can be done with a very minimal amount of questions depending on how you structure them. So even when adding a couple extra questions your survey will still be very short and to the point. Experience has shown that with every extra click or question, the chances of a respondent completing your survey are diminished by 50%. In other words, your response rate is chopped in half every time you add a question.

When examining NPS results, you need to be aware that not all cultures are as likely to give high scores. It is a survey of feelings and not of facts, and every culture expresses those differently. European customers for example, will be much more strict when it comes to giving a high scores like a 9 or a 10. So if a company gets a score of 50 in the United States but in Europe only a 30, it doesn’t necessarily mean that they are doing worse. It’s just the way the way people tend give scores. For instance, in 2012 Apple had a score of 71 in the USA a but only a score of 57 in France, according to a satmetrix industry benchmarks report.

Surely you wouldn’t be surprised if I told you there were several other uses for this handy tool. While the NPS as itself is nothing new, it wasn’t until a few years ago that companies really started adopting the principle and that it became popular as a practice. Here’s two other real world scenarios in which you could use the NPS:

When measuring employee satisfaction and sentiment.

By just slightly changing the main question, we can use the NPS to measure employee sentiment and ultimately loyalty to the firm. If we would do so the question would look something like this: ‘How likely is it that you would recommend survey anyplace as a place to work?’

When measuring the engagement and commitment of you blog readers.

In today’s world, almost every business has some type of blog to keep its following base interested and up to date. The success of that blog is then measured based on interactions with people, e.g. number of clicks, retweets, shares, comments, likes etc.… This however, poses a problem, this data is all very superficial. With the NPS you can interview your readers and get to know more about how committed they are what you are doing right and wrong through more open-ended feedback. A question like ‘How likely is it that you would share our posts?’ will do nicely for this.

5 Ways to Increase Your NPS

Everything in a Nutshell

The NPS tool is a proven management tool used on a regular basis and known well among the largest and even some of the smallest of organizations. It has been claimed to be linked to KPI’s and business growth. Given its strengths such as simplicity and efficiency it is a great tool trusted by many.

Its key strength is its simplicity, making it understandable not only for management but all the stakeholders.

While NPS isn’t a foolproof solution it’s a perfect indicator of the direction you’re going that is easy and inexpensive to measure. Get started today with Survey Anyplace’s NPS Survey Template.

“With all of that said, your overall score is a result of your efforts, not the goal itself. Even if the bar is set lower within your respective industry, your focus should be on listening to the needs of your customers and making improvements to serve those needs. A “good” score will follow.” – Chad Keck, CEO and cofounder of Promoter.io

If you liked the post or have any questions, feel free to leave a comment down below! 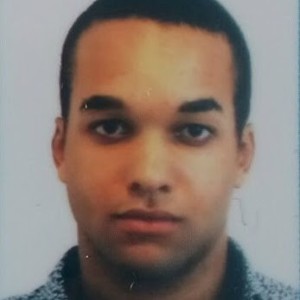