Ahem..
“What’s a great way to spice up my content?”, “How do I make my blogpost sound more spontaneous?”, “How to unbore my survey questions and get more responses?”

Are these questions you ask yourself? You’re not the only one.
When writing a blogpost or composing surveys, the human element is often overlooked, while this is actually very easy to do.

What do I mean by that?
“Hey, I just won the lottery, I am feeling very excited!”
That’s one way to put it, but..
“Boo-yah! Guess who just won Willy Wonka’s golden ticket?”

One simple word, boo-yah, shows just HOW excited you are. These little meaningful words are called interjections, perfect to add a little sparkle to your content.

In fact, if we compared our “boo-yah” to some basic expressions of excitement, it looks something like this:

That’s why we created this list of the 100+ most common interjections, to spice up your content whenever and wherever you see fit.

Uhm? What are interjections?

They’re short exclamatory sentences, made to transfer an emotion, usually without grammatical meaning or correlation to other parts of the sentence.

Much rather than saying “That hurts!” shouting “Ouch!” is easier and a more effective way to show what you feel. You can also stretch them to strengthen the emotion:
“Oohhhhh such a cute kitty!” or “Ewwwwww, spiders are G.R.O.S.S”.

Oh, and most of all, they make your content feel that much more interactive and personal!

So many emotions and even more words to convey them! We get that, so we’ve categorized the most common interjections for you in this easy overview. Woo-hoo!

Ah is most commonly used to show facilitation, but can also  be used to show pain. Pronounced with a long A and more H’s it can be used to indicate relaxation. (‘aahhhhhhh’)

Oh, often written with more O’s and H’s to add power. ‘Oh-oh’ on the other hand warns someone.

Phew imitates the sound of escaping air through the mouth.

Whew is an alternative of ‘phew’ but can also indicate amazement.

Aha can be used to express accomplishment but may signify mockery as well.

Boo-yah is a cry of success.

Olé, coming from Spanish is more exotic to express yourself.

Rah can be repeated or written with multiple R’s for added effect.

Ta-da is used when someone is proud of and shows their achievement.

Phoar shows enthusiasm in a rather sensual way.

Va-va-voom is an older way to show you find someone physically attractive.

Whoopee is a longer variant of ‘whee’.

Woo and woo-hoo demonstrate excitement, within online communities often referred to as ‘w00t’.

Yee-haw got friction thanks to cowboys in the Wild West, used when they were enthusiastic about something.

Yippee is more expressive than ‘yay’ to show excitement.

Yo-ho-ho is a pirate’s laughter or way to show enthusiasm. Fun fact: Also used as a means to maintain the rhythm when rowing.

Yoow(za) illustrates being impressed by something or someone.

Eep is a squeal uttered when surprised, scared or bumped into, usually by a girl. (Just kidding, of course!)

Golly expresses surprise, but can also be used when relieved or shocked.

Ha is also used when surprised or having made an achievement.

Hey can be used when surprised, but also when asking for attention.

Huh may also show disbelief or, when a question mark is added, it asks for repetition.

Now shows more of a ‘calculated’ surprise. When repeated (‘Now now’) it mocks someone.

Whoa is a way to ask for a halt or show you are surprised.

Yikes is usually used in a funny context, showing surprise in a positive way.

Zoinks stems from the cartoon Scooby-Doo.

Zowie is a variant of wowie.

Ooh-la-la is used in a playful way. E.g. When a friend obviously likes someone, teasing them by saying ‘ooh-la-la’.

Hehe is only a giggle, less strong than a laugh.

Mmmm (extended as much as needed) is used to show pleasure.

Mwah imitates the sound of a kiss.

Ooh shows interest in something. O’s can be added for effect.

Yum refers to something tasteful or attractive.

Mh-hmm is an affirmative response but can also illustrate you’re thinking.

Uh-huh is a variant of mh-hmm.

Yep, also known as ‘yes’ is used to confirm something or agree with a question.

Er.. may show doubt or is used to win time.

Uh is similar to ‘er..’ and has the same functionality.

Ummm, with a differing amount of M’s shows hesitation as well.

Hist compares to a snake’s hissing.

Psst is a discrete call to attention.

Achoo refers to a sound you make when sneezing.

Eh? similar to ‘huh?’ may be a Canadian suffix to a sentence, or ask for repetition.

Ho-hum is used when trying to break the silence.

Hup is often used as an encouragement or at the start of exerting a task.

Poof indicates a sudden appearance of someone or something.

Skrreeek is actually an onomatopoeia imitating a scary door slowly opening or the sound of nails on a blackboard.

Bah shows the repulsion by something.

Ew can be strengthened  by adding E’s or W’s.

Ick is a scream.

Ugh is an exclamation to show discontentment.

Yuck, yech or yeck, not to be confused with yuk, which is a laugh.

Blah is an uttering of fatigue, but it may display disgust as well.

Pff is made by blowing air through your lips a few millimeters apart.

Aw may show apathy or disappointment, when drawn out it can signify sympathy or even adoration.

D’oh, made famous by Homer Simpson is used to show disappointment in oneself rather than someone else.

Drats is an exclamation usually used with unimportant matters (like spilling coffee on your shirt).

Shucks is a mild uttering of regret or disgust.

Dang is a euphemism of ‘damn’.

Egads is used to express mild anger or frustration, it stems from ‘Ye gods’.

Gee or jeez can also indicate surprise or enthusiasm.

Oy is actually Yiddish, expressing annoyance but may also be used to show disgust or disappointment.

Pshaw usually refers to someone being impatient.

Tchah a rather strong interjection, similar to ‘hell’ or ‘damn’.

Hmph is used when you want a conversation to end.

Boo-hoo implies fake crying, meaning someone is being over-sensitive.

Duh is a reply to someone saying something foolish.

Lah-de-dah derides someone who is being pretentious.

Nana na nana na is a pestering way to taunt someone.

Neener-neener is used to taunt.

Sis boom dah used to be encouraging, nowadays its meaning has shifted to mockery.

Whoop-de-doo mocks someone trying to impress.

Ooh with as many O’s as needed shows the strong disapproval of someone. Alternatively it may also mean the complete opposite, interest or admiration.

Phooey or ‘pfui’ is used to show arrogance or aversion towards someone.

Pooh is a variant of phooey.

Gulp imitates someone swallowing, meaning they are stressed.

Hamana-hamana is uttered when someone is embarrassed.

Oops is said when you did something wrong.

Ouch is a cry of someone in pain.

Shoo can be used to scare away unwanted animals.

Tsk-tsk is a patronizing sound, made with the tongue.

Uh-uh means someone is refusing to do something.

Woopsie or whoops is a variant of ‘oops’ but is usually said in a less serious situation.

Hmm.. why should I use interjections?

Let me start with something you already know, you’re writing for humans!
Why not use their language?

While conversing with someone we adjust the way we walk and talk to match theirs.
Still want some extra material on the matter?  7 Tips to Master the Human Language in Surveys.

A text which simply provides facts without any emotion will quickly become dull and stale.
Or worse… unread!
While forced interjections out of *poof* nowhere, may feel insincere and overpowering.
…
(That poof was awkward, wasn’t it?) An interjection is a short, efficient way to “in(ter)ject” a human element and may help you add just that extra punch to your text.

Ready to add more life to your content?Download all 100+ interjections for free here!

A special thanks to: 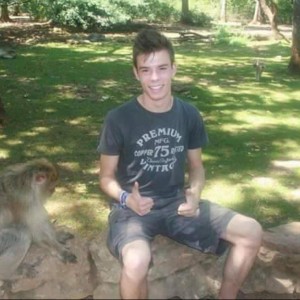 Ready to use these interjections in your questionnaire?